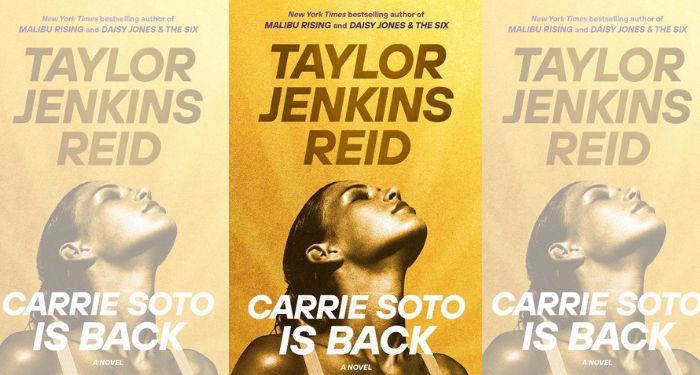 The newest offering from book club darling Taylor Jenkins Reid, Carrie Soto is Back, is a great choice for your book club's next read. You've likely already heard of this number one New York Times bestseller, but if you haven't, you're in for a treat — and a wild ride, as is to be expected from Jenkins Reid. Featuring a minor character from her previous novel, 2021's smash hit Malibu Rising, this novel combines an intimate portrait of a woman in the prime of her life but considered past her prime by the world, as well as a stunning father-daughter relationship and a look into the high stakes sports world of tennis. Read on for our Carrie Soto Is Back book club questions and ideas for your next meeting!

Carrie Soto is Back Summary

In 1989, Carrie Soto retired at the very top of women's tennis, holding the world record of 20 grand slam titles. In 1994, her record is broken by a new player, Nicki Chan, and she comes out of retirement at age 37 to try to take back the title. She asks her father, who has trained her since she was two years old, to coach her one more time. She is determined to win, even though it means training with another player he's coaching, Bowe Huntley — a man she has a past with. All three of them have something to prove to the world in their final season.

Carrie Soto is Back Themes

Before you get into the specifics of the book, try an icebreaker question to get everyone talking! For this book, you might ask: Did you play a sport as a kid? If yes, which one, and what did you like about it? If no, what extracurricular or hobby did you participate in?

If you're looking for even more great book club recommendations, try TBR: Tailored Book Recommendations! TBR is a personalized book recommendation service that sends you books you'll love to read. Here's how it works: Simply fill out the reader survey and let us know what you want more of and what you're not keen on. Then, an expert Bibliologist will read your responses and recommend three books just for you. There are two subscription options: receive your recommendation letter via email in about two weeks — perfect for library users! — or opt to receive your recommendations as brand new hardcovers in the mail in about three to four weeks. Learn more and sign up now!