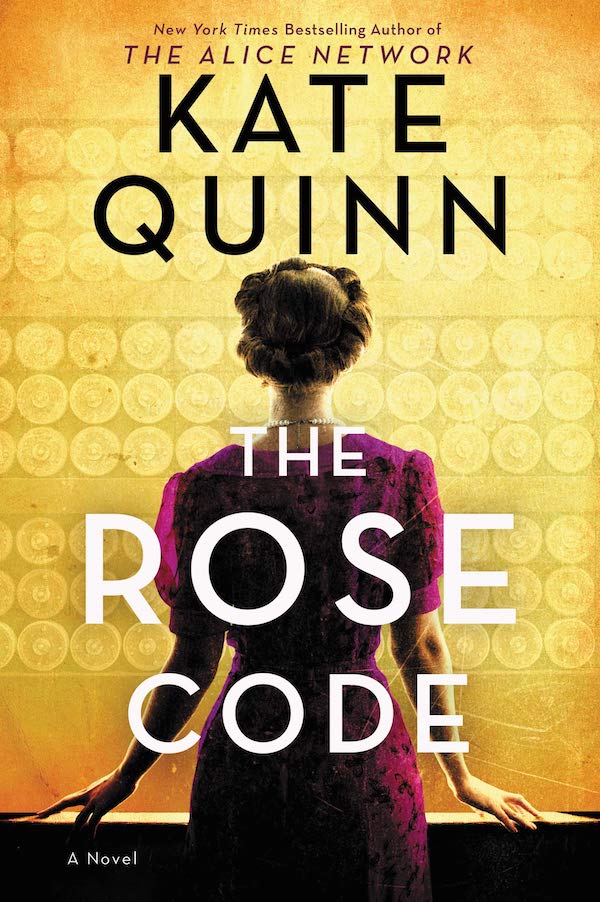 Kate Quinn is known for her historical fiction that integrates some of the most significant events in the first half of the 20th century, with a particular focus on post-WWII life and recovery. Her latest, The Rose Code, takes readers to the highly secret Bletchley Park, where code breakers worked tirelessly to decode Nazi codes and save lives. Bletchley Park has been made famous in recent years thanks to the prominence of stories about Alan Turing, who worked in Bletchley Park and is credited with inventing the first computer. But Quinn shows us Bletchley Park from the point of view of the women who worked there, and how their friendship was made—and broken—by the pressures of war. It’s a great pick if your book club likes historical fiction, dual timelines, multiple points of view, friendship, betrayal, and more, so check out this The Rose Code book club questions and summary ahead of your next meeting!

In 1940, three very different young women begin working for England’s war effort, not realizing just how life-changing their experiences will be. Osla is a society girl known to step out with Prince Philip of Greece, who has professed his love for her, but she longs to prove that she’s more than just a pretty face. Mab is from London’s East End, a hard worker who wants nothing more than to create a stable life for herself and her family, and hopes to marry a loving man. And Beth is a shy and overlooked young woman, belittled at home, whose brilliant mind is capable of more than anyone can imagine. Their friendship is forged at Bletchley Park, but the weight of their work and the secrets they’re forced to keep lead to a terrible betrayal.

In 1947, the three women are no longer on speaking terms. Princess Elizabeth is about to marry Philip of Greece, and in the days leading up to the royal wedding, Osla and Mab receive a letter from Beth, summoning them back to their wartime occupation. There are secrets they’ve yet to uncover, a traitor who has moved among them for far too long, and one final code to break.

Were you aware of Bletchley Park and their code breakers before reading this book?

In this novel, Quinn makes real people characters in her novel—Philip is obviously a real person, and Osla is based on a real woman who at one time dated Philip before he met Queen Elizabeth. What do you think of the way she blends fact and fiction?

Discuss how WWII, despite being an awful and traumatic event, provided opportunities for women like Osla, Mab, and Beth. What do you think their lives would have been like if they hadn’t been at Bletchley?

What did you think of Mab’s relationship with Francis? How was he affected by the Great War (aka WWI)? How did his experiences affect their marriage? How has our understanding of PTSD evolved since then?

Discuss Beth’s relationship with Harry, and their eventual unconventional romance. What did you think of the sacrifices they made to be together?

One of the major themes in this book is the price we must pay in order to keep secrets. How did the characters’ commitment to their secrets damage their relationships during the war? Think about Osla and Philip, Mab and family, Beth and her parents, and ultimately, the relationship the women share.

What did you think when you learned the true reason for the betrayal between the three women? Do you think Beth made the right call, despite the catastrophic consequences? What might you have done in that situation?

After the war, Mab has finally gotten all that she truly wants but her biggest struggle is secrecy around her wartime activities. Were you surprised by how Quinn eventually resolved this issue?

We get glimpses of where Osla, Mab, and Beth end up after the events of this book. Do you think they went on to have happy lives? Was their happiness achieved, in some small part, in being able to air the secrets that haunted them?

Want more great bookish content? Check out our guide to running a book club, some of our best recommendations for historical romance novels, and the best history book subscription boxes!