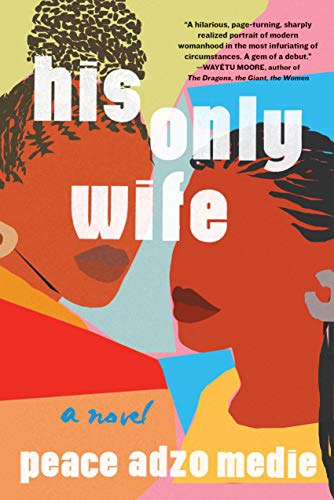 His Only Wife by Peace Adzo Medie was a Reese Witherspoon x Hello Sunshine book club pick, plus a New York Times Notable Pick, which means it's gotten a lot of great buzz! If your book club is planning on picking it up anytime soon, we've got you covered with a book summary, themes, and His Only Wife book club questions to help your meeting run smoothly!

His Only Wife Summary

Set in Ghana, this book is about Afi Tekple, a young seamstress from a small town who works hard to make ends meet. Her mother has convinced her to marry a man that she knows of but doesn't truly know: Elikem, a wealthy businessman who is in love with another, a woman considered an inappropriate match for him. Afi goes along with the marriage in order to make her mother happy and secure her future, but she's quickly moved from her small town to the capitol city, where life is very different and Afi is dissatisfied with her new situation. Is this all there is to marriage and life, or can she perhaps find happiness on her own terms?

His Only Wife Book Club Questions