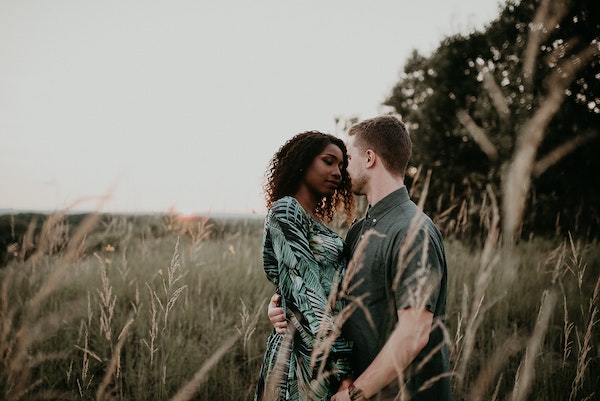 Readers love to say that the book was better, but let's be real: Books make some pretty good movies! If you're a fan of all things romance, then you'll definitely want to catch these romantic movies based on books, on Netflix and other streaming services! We kept our focus on some of the best movie adaptations of the last couple of years, and the books they're based on. Here we go!

This 2019 movie follows a woman who is afraid of flying and ends up spilling all her secrets to her seat mate on a long flight. So imagine her horror when she walks into work the next day and discovers that he's the owner of the company she works for...and he seems utterly charmed by her, despite knowing her most embarrassing secrets.

This holiday-themed large cast Netflix romcom is about a group of interconnected teens who find their lives tangling in interesting ways on Christmas Eve, as a snow storm falls on their small town. It's based on the connected novellas by three YA powerhouse authors!

In this romantic movie, Stella has cystic fibrosis and finds herself in the hospital with Will, also a CF patient who is battling a bacterial infection. The two grow closer, but they can't physically be more than five feet apart--not that the distance will keep them apart.

Love, Simon based on Simon vs. the Homo Sapiens Agenda by Becky Albertalli

Simon is a closeted teen who isn't quite ready to come out to his friends or family, but who is secretly emailing with another boy at his school named Blue, whom he is falling for. The movie is based off of Becky Albertalli's bestselling novel, and there's even a spin-off series on Hulu called Love, Victor.

This movie is the sequel to After (also based on a book), and it follows a young couple named Tessa and Hardin who meet and fall in love in college and the struggles that their relationship faces.

Henry is a hopeless romantic who wants to be a writer, and is upset when his teacher makes him share the newspaper editor position with a new transfer student, who is surly, but slowly warms up to him, even though it seems as though she's keeping secrets in this AmazonPrime original.

These Netflix movies are the romantic and dreamy story of Lara Jean Song Covey, a hopeless romantic who writes letters to all her crushes but never sends them--but when they accidentally get put in the mail, suddenly she had to contend with multiple boys vying for her attentions.

Emma based on Emma by Jane Austen

In this delightful new adaptation, Emma Woodhouse is a wealthy young woman who delights in arranging the romantic lives of those around her--but when her latest attempts go awry, Emma has to face the fact that her meddling has consequences.

Violet and Theodore are two teens who are hurting after their own tragedies. They come together thanks to a school project  where they have to investigate the wonders of their home state, Indiana, and find healing in their relationship along the way.

This Netflix series follows Mel Monroe, who takes a job as a a midwife and nurse practitioner in a small town in California. Small town living isn't quite what she imagined, and Mel learns that she must confront her past in order to truly feel at home in Virgin River.

Rachel Chu and her boyfriend Nicholas are blissfully happy, and decide to take the next step in their relationship by traveling to Singapore to visit Nick's family. Rachel is shocked to find that Nick's family isn't just rich, but crazy rich, and they're not at pleased that their son is dating Rachel.

The Will based on The Will by Kristen Ashley

Based off of a romance novel, this book is about Josephine and Jake, two people from the same town who've led very different lives but are united by the death of Josephine's grandmother, Lydia, who includes a rather unconventional final wish for the two of them in her will.

Set in the fictional Southern town of Serenity, this Netflix series is about three lifelong friends who call themselves the Sweet Magnolias and who love and support each other through life's trials and tribulations, including divorce, new love, careers, parenting, and more.

These movies follow Elle, a high school student who is trying to resist a crush on her best friend's older brother but finds it impossible when they kiss at a kissing booth for the school's fundraiser. The second movie is about the challenges Elle's new relationship faces when they go long distance.

Set in the 1950's, this movie is about a doctor who returns to her small town to take over her father's practice, and offers shelter to a young mother and her son who are in need of a home. But both begin to face intense scrutiny and censure as they fall in love with each other.

Want more great romance recommendations? Check out this list of the best romance subscription services! And if horror movies are more your speed, then we've got a list of great horror movies based on books!

Need more great book-to-movie recommendations? Sign up for TBR: Tailored Book Recommendations! TBR is a personalized book recommendation service that send you books you'll love to read. Here's how it works: Simply fill out the reader survey and let us know what you want more of--such as books being made into movies--and what you're not keen on. Then, an expert Biblioligist will read your responses and recommend three books just for you. Receive your recommendation letter via email in about two weeks, or opt to receive your recommendations as brand new hardcovers from our partner, Print: A Bookstore in Portland, ME in about three to four weeks. Learn more and sign up now!