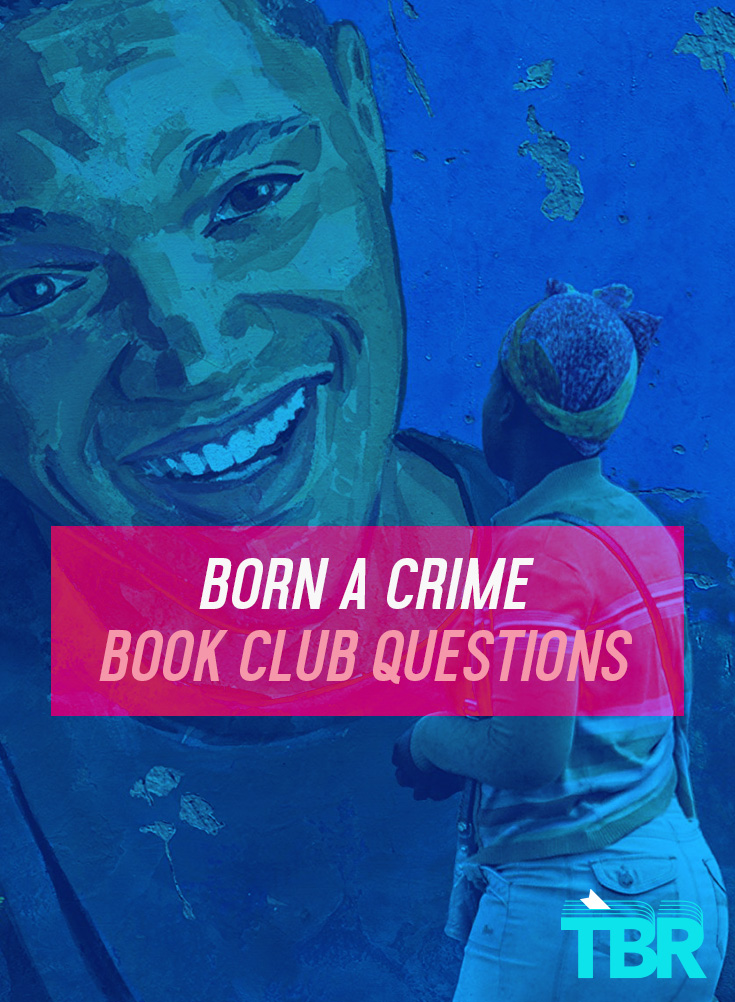 Born a Crime by Trevor Noah is a funny, heartfelt memoir about the comedian's early life in South Africa, and has been optioned for film. If your book club has chosen this fantastic title for your next meeting, rest easy! We've got a Born a Crime book club questions along with a book summary to help you prep!

Noah was born to a black mother and white father in South Africa under apartheid, which meant that his existence was technically a crime. Apartheid ended when Noah was still a child, but that didn't mean his life got any easier.

As a biracial kid, Noah often found himself caught between two worlds, not able to find a place where he was accepted without question. As a result, Noah learned six languages as a kid and used humor to bridge the gaps between people while also thinking critically about the systems of power that made up his world.

The result is a hilarious, moving, and educational memoir about an extraordinary young man.

Now let's get talking with the Born A Crime book club questions!

And if that's not enough, sign up for TBR: Tailored Book Recommendations. TBR is a quarterly personalized book subscription service that takes into account what you want to read more of--like funny memoirs, for example! Simply fill out our reader survey, and even link your Goodreads account (optional). Then you'll be matched with an expert Bibliologist who will pick out three books just for you, based on your tastes, requests, and what you've loved in the past--and they'll be sure to steer clear of your dealbreakers! To get your recommendations, you can choose between two subscription levels: recommendations only, or hardcover level! In the recommendations only level, you'll get a personalized book recommendation letter emailed to your inbox within two weeks. This is great for getting book club suggestions, or for readers who love ebooks, audiobooks, and using the library. If you love getting book mail (and who doesn't?), choose the hardcover level! You'll be sent three new handpicked hardcover books within 3-4 weeks, fulfilled by our partner, Print: A Bookstore in Portland, ME.

Read more about how TBR works, and sign up now!