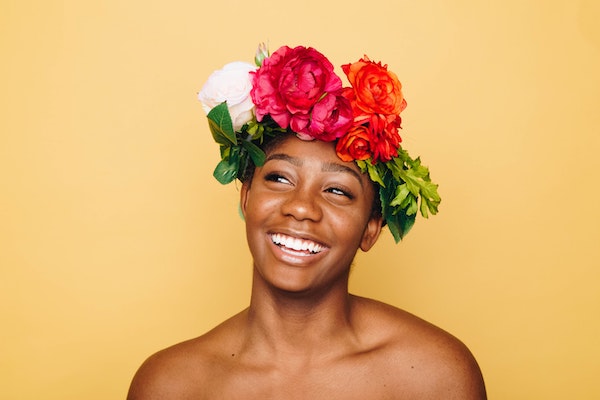 Let’s face it–the world can be a  scary, sad place sometimes. Happy books provide the perfect escape to other worlds where you can forget about your problems for a while. Plus, some books will leave you feeling uplifted and optimistic about life, which is never a bad thing. If you’re looking for uplifting book club books for 2020, we’ve got you covered! We compiled a list of 15 feel-good books that are sure to be heartwarming:

The Bookish Life of Nina Hill by Abbi Waxman

Nina Hill has an orderly life–work at an indie bookstore, her trivia team, and books. She’s doesn’t deviate from her schedule…until she learns that the father she never met has died, and she has scads of siblings, nieces, and nephews she never knew about. Now her life is in major upheaval as she deals with this unexpected development–and some romantic attention from her trivia rival. Nina will have to learn that sometimes the most unexpected things are the best.

Bring on the Blessings by Beverly Jenkins

When Bernadine catches her husband cheating on her with his secretary, she takes measures to protect herself…and ends up with more money than she knows what to do with. Searching for a purpose, she buys Henry Adams, KS, one of the last towns founded by newly freed people after the Civil War, and decides to invest in the community in desperate need of some money and a second chance.

Nothing to See Here by Kevin Wilson

Lillian is adrift–she’s in her late twenties and living with her mom, without any career prospects. When an old high school friends writes Lillian and asks her to come help her take care of her step-kids, Lillian agrees–what else does she have going on? But there’s a catch–when agitated, the kids catch on fire. Weirdly, this doesn’t deter Lillian, who goes on to forge a life-changing friendship with two scared kids who’ve never had anyone to count on. This is an oddball but uplifting book.

Alys Binat is a teacher, and along with her older sister, her family’s sole source of income after a scandal left them exiled to a small village. She has no interest in marrying and worries about her students who give up learning for weddings, but when she and her family are invited to the wedding of the year and she encounters Mr. Darsee, her views of marriage are challenged. This is a clever and meta retelling of Pride & Prejudice that will make you laugh and make you think.

When Cheryl was in her early twenties, she went through a painful divorce and lost her mother to cancer. Devastated, lost, and full of self-loathing, she knew she needed to make a change in her life. So she decided to walk the Pacific Crest Trail, alone. This memoir is about her life-changing journey, and also a memorial to her mother and the strength that she instilled in Cheryl to keep moving forward.

The Truth According to Us by Annie Barrows

Written by the co-writer of The Guernsey Literary and Potato Peel Pie Society, this is an uplifting novel about two young women in 1938 West Virginia. One is Layla, a privileged woman who has been cut off and told to get a job, so she arrives in a small town on a New Deal gig to write the town’s history. Willa is twelve, and not exactly pleased about Layla boarding with her family, but  her presence allows her to pull back the veil on some family secrets.

Emoni is a teen mom who is fiercely devoted to caring for her baby daughter, and doesn’t want to put undue stress on her abuela. She knows that she should use her senior year to figure out a sensible, stable career–but she’s drawn to cooking. And when a chance to learn how to cook from a real chef presents itself, Emoni has to decide if she’s going to take a chance on her dreams or play it safe.

One Day in December by Josie Silver

Laurel is a recent university graduate, living in a flat with her best friend Sarah and trying to figure out her career. When taking the bus home from work one December, she looks out the windows and locks eyes with Jack and she just knows he’s the one. But then the bus pulls away. She spends a year looking everywhere for him, only to have him show up next year at a party…on Sarah’s arm. Throughout Laurel’s tumultuous twenties, she and Jack come together, fall apart, and come together again and again, always wondering if the timing will ever be right.

Laura and Emma by Kate Greathead

Laura grew up in Manhattan’s Upper East Side and found herself drifting without purpose, until she unexpectedly falls pregnant after a one night stand. She has Emma, and over the next fifteen years their lives unfold in expected and unexpected ways in a smart novel that’s about class, society, mother-daughter relationships, and identity.

The Kiss Quotient by Helen Hoang

Stella is nearly thirty, she has a fantastic career, and she’s incredible happy. So why do her parents make a big deal about her being single? When one comment too many finally gets to her, she decides to hire a male escort to teach her the ins and outs of dating…and she ends up falling for Michael Phan, who is simply taking on escorting jobs to pay his mom’s medical bills. This is a wonderfully uplifting book about romance, second chances, and learning that no one is undeserving of love.

The Bookshop on the Shore by Jenny Colgan

Single mom Zoe is looking to make a change and get out of London, so when the perfect opportunity presents itself, she takes it. She and her young son find themselves in Scotland, where Zoe works as an au pair for a gaggle of wild children and a bookseller at a bookshop on the shores of Loch Ness, where she hopes to build a life and overcome her past, with the help of a few new friends.

From Scratch: A Memoir of Love, Sicily, and Finding Home by Tembi Locke

Tembi Locke was working as an actress when she met and fell in love with Saro, a chef. Although his family did not initially approve of her, Saro and Tembi married and started a family, only to be devastated by Saro’s death by cancer a few years later. Heartbroken and in need of comfort, Tembi and her daughter head to Sicily, where Tembi finds love and comfort in food, and family.

Evvie has been devastated ever since her husband died, and she now spends way too much time holed up in her too-big house. Dean is a baseball player whose game is suddenly off, and he can’t figure out why. To escape a media storm, Dean retreats to a small town where he rents an apartment…from Evvie. They decide to not ask about each other’s problems, but as they get to know each other, they find that it’s almost impossible to keep to those rules.

The Sun is a Compass by Caroline Van Hemert

When she was in graduate school, ornithologist Caroline Van Hemert began to worry that she had lost touch with the love of nature that spurred her studies in the first place. So she and her husband embarked on an incredible 4,000 mile journey to the Arctic Circle via boat, sled, and ski. This is a beautiful memoir about reconnecting with nature and the important lessons the wilderness can teach us.

If you’re looking for more great book club picks, check out our list of recommended 2020 book club picks! And if you want more uplifting books, consider signing up for TBR: Tailored Book Recommendations. TBR is a quarterly subscription service that offers readers personalized book recommendations via letter, or book deliveries! Here’s how it works: Fill out our reader survey and let us know what you love and what you don’t like, and what you want to read more of–such as uplifting novels. Then a real power reader will pick out three books just for you and write you a recommendation letter. Receive the letter in your inbox, or choose to receive your letter and books from our partner, Print: A Bookstore in Portland, ME. Learn more and sign up now!