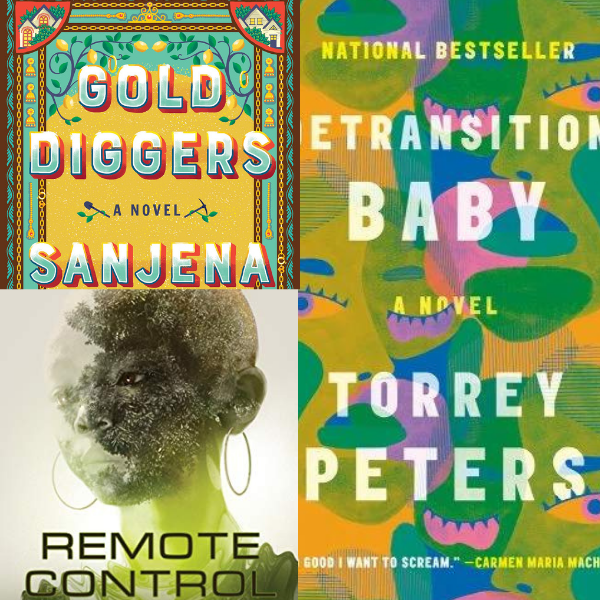 It can be a pretty tricky thing to narrow down hundreds of releases in any given year to a short list of the the top books! Luckily for you, just as our expert Bibliologists hand-pick recommendations for readers based on their personal reading tastes, they also have helped narrow down the best books of 2021. This list was developed by looking at our Bibliologists’ favorite books of the year, and the most recommended in our hardcover recommendations tier! With this many real readers recommending these books, you know they’ve got to be good!

Arav was just a teen when his mom disappeared without a trace, taking a hefty amount of his father’s money with her. In the intervening years, everyone has always assumed that she’s off living it up…until shockingly, her car and body are discovered in the bush mere miles away from the family home. Now, Arav might confront his memories of the weeks leading up to his mother’s disappearance in order to figure out who might have killed her.

Finlay Donovan Is Killing It by Elle Cosimano

Finlay Donovan is a recently divorced mom of two who is barely holding her life together, and she’s way behind on her book deadline. When an impromptu, harried meeting with her agent in a Panera results in a stranger misunderstanding their conversation and mistaking Finlay for a hit woman, things get interesting. Hired to do a job she doesn’t want and then blackmailed into it, Finlay will have to scramble to keep her hands clean and her family safe!

Libertie Sampson has grown up in the Reconstruction era in Brooklyn, where her fate seems determined by her mother, who is one of the first Black female physicians in the country. Libertie would rather play music than practice medicine, but she finds that in her search for freedom she’s bound herself to yet another person’s ideas for the future, and she must decide what she’s willing to risk in order to make her own way.

A Master of Djinn by P. Djèlí Clark

Set in Cairo in 1912, this novel follows Fatma el-Sha’arawi, the youngest woman employed by the Ministry of Alchemy, Enchantments and Supernatural Entities. Agent Fatma is very good at her job, so she’s called to the murder of a brotherhood dedicated to a highly revered man who disappeared decades earlier. The killer claims to be this missing man himself…but there is more to this mystery than meets the eye.

The Chosen and the Beautiful by Nghi Vo

This retelling of The Great Gatsby recasts side character Jordan Baker as a queer, Vietnamese woman who is trying to make her way in the privileged and prejudiced upper crest of New York City, but finds that despite her wealth and beauty, some paths are still barred to her.

The Mystery of Mrs. Christie by Marie Benedict

In 1926, Agatha Christie famously vanished for eleven days, causing a media sensation. This dual timeline novel looks at her disappearance from two points of view: Her husband and his secrets during her disappearance, and Agatha’s view of their marriage in the years leading up to the infamous event.

Fatima is just a child when she discovers something that is not of this world and it changes her forever. She is reborn as Sankofa, with the ability to cause anyone to die with her mind. She walks the land searching for something that was taken from her—and she will catch up with it one day. But what is her purpose, when she does manage to finally put her hands on what’s hers?

Eva is an erotica writer feeling overwhelmed in her career. Shane is reclusive literary novelist who rarely makes public appearances. When they both end up at the same New York conference, sparks fly between them. What no one knows is that they had a brief but electric affair fifteen years earlier. Now as they spend a memorable week together, Eva is hoping to get answers about what happened all those years ago, and they may find themselves falling into a second chance at love.

We Have Always Been Here by lena Nguyen

Dr. Grace Park is the psychologist aboard a a survey ship, tasked with making certain the passengers aboard stay healthy during the long voyage to an unexplored planet. But things get to a rough start when it’s clear that Dr. Park prefers the company of the ship’s androids to the humans. When they arrive, things go from bad to worse as they’re stranded on the ship without any way of contacting the outside, and the humans fall ill with a strange illness of waking nightmares. It’s up to Dr. Park to figure out what’s happening…which is easier said than done when no one trusts her.

Set in Atlanta in the early 2000’s, Neil Narayan is struggling under the weight of his parents’ expectations. He’s smart and funny, but not particularly driven. And when he learns his neighbor and crush Anita has a “lemonade” gifted by the gods that gives anyone who drinks it ambition, he decides to take…with tragic results. Years later, And Neil finds himself across the country, tempted to take just one more sip.

Vern has been brought up in a strictly religious compound surrounded by a dense woods. Desperate to escape when she’s seven months pregnant, she flees into the woods and gives birth to twins. But in order to protect them from both threats known and unknown, she must face the truth about her community and what lies beyond the woods.

Prince Kiem is known for his antics, not his diplomacy, so when his grandmother the emperor orders him to marry Count Jainan ahead of an important treaty signing, it’s odd. But Kiem goes with it, trying to be sensitive to the fact that Jainan is still grieving the death of his first husband. As the two go through the motions of court marriage, they begin to suspect there is more to their quick marriage and Jainan’s former husband’s death…and they must work together if they’re going to expose a terrible conspiracy.

Avery Keene is a law clerk for a legendary Supreme Court Justice named Howard Wynn. She’s very good at her job, but she’s barely keeping her life together thanks to the stress of her position. When Justice Wynn falls into a coma, Avery gets the shock of her life when she learns he appointed her his medical power of attorney beforehand. Why would he do so? Does he have something to hide? Avery is about to find out.

Persephone Station is a planet that most people have forgotten about…which makes it the perfect place for a corporation with ulterior motives to set up headquarters. Rosie is the owner of a bar that seems to be a tourist trap—which is a nice front for its true purposes. When Angel, a reluctant criminal with an honorable heart, is hired by Rosie for a job that seems like it should be easy, it’ll put then square against the corporation that runs their planet, and possibly in mortal danger.

Empire of Pain: The Secret History of the Sackler Dynasty by Patrick Radden Keefe

This is the story of three generations of the Sackler family, one of the richest families in the world famed for their philanthropy, the development of Valium…and for causing the opioid epidemic in the U.S. The author digs into the history of the family, how they learned to develop and market the drugs they created, and how this empire caused one of the worst public health crises in recent history.

Set in a small New Mexico town, this is the story of five generations of a family and how their lives are stirred when a fifteen-year-old daughter shows up on her father Amadeo’s doorstep, pregnant. Amadeo is looking for his own redemption and struggling to find it, and as his daughter gives birth and they live through the baby’s first year of life, he must try to be there for the members of his family and find his own way forward.

Velvet Was the Night by Silvia Moreno Garcia

Maite is a thirty-something secretary in 1970’s Mexico City, dreaming of romance and love and unhappy with her life. Elvis is the hired muscle of a man with an agenda. When Maite’s neighbor goes missing, she finds herself asking one too many questions about her whereabouts, and her life collides with Elvis’s, who is ordered to track down this missing woman.

Nella is the only Black employee at a publishing house, which would be tough enough as it is if she wasn’t also an editorial assistant, which is about as low down on the ladder as one can be. When new hire Hazel, also Black, comes along, Nella is happy for some solidarity…until a series of disturbing events pits them against each other, and Nella finds herself wondering if more than her reputation and career are at stake.

Indie rockstar Michelle Zauner exposes the realities of what it was like growing up Korean-American in Eugene, OR and how she struggled against her mother’s expectations. As she grew older, she felt less and less Korean, until her mother was diagnosed with cancer and she found herself returning to her roots, caring for her mother, and learning to appreciate all that her mother had given her.

Reese is a trans woman who is happy and proud of all she’s achieved and she thinks that she’s on the cusp of having it all…until her partner decides to detransition, and their relationship falls apart. Ames thought detransitioning would make his life easier, but now he’s more miserable than ever and missing Reese. But when his boss and lover announces she’s pregnant with his baby and indicates she’s not sure she wants to keep the child, Ames wonders if this isn’t the perfect solution to give Reese something he was never able fulfill.

Curious about trying TBR: Tailored Book Recommendations for yourself? TBR is a personalized book recommendation service that sends you books you’ll love to read. Here’s how it works: Simply fill out the reader survey and let us know what you want more of—such as top mystery books, or new book club picks—and what you’re not keen on. Then, an expert Bibliologist will read your responses and recommend three books just for you. Receive your recommendation letter via email in about two weeks, or opt to receive your recommendations as brand new hardcovers in the mail in about three to four weeks. Learn more and sign up now!