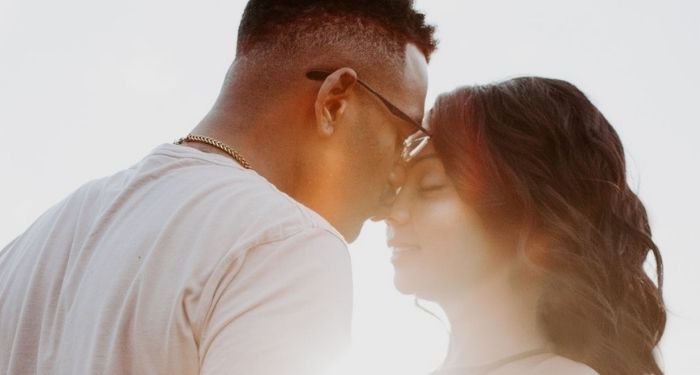 Summer is coming, and if you're looking for the perfect steamy read to match the rising temps, then we've got some recommendations of recent steamy romance novels for you! While steaminess may be subjective, these romance picks are guaranteed to have on-the-page sex, tons of flirting, and sexy subtext that will make you swoon! Just be warned in case you want to read or listen to the audiobook in a public place—these romances turn up the heat!

Eve is a hot mess looking for purpose. Jacob is a B&B owner who needs to fill his open chef position, and fast. But it doesn't matter that he's understaffed—there's no way he'd hire Eve. Until things get worse for him and he's forced to rely on her, heaven help him. As Eve takes up room in Jacob's orderly life, he's forced to admit that maybe he doesn't hate it.

It Happened One Summer by Tessa Bailey

Party girl Piper Bellinger flies a bit too close to the sun and soon finds herself cut off from her family money, forcing her to relocate to a small town in Washington to run her late father's dive bar. But no one there thinks she can hack it, especially sea captain Brendan, whose grave exterior irks Piper. She becomes determined to prove him and everyone else wrong, and she that she has what it takes to run this bar.

Make It Sweet by Kristen Callihen

When Emma's recurring role on a popular TV show is cut and she finds out her boyfriend is cheating on her, she takes to a beautiful and secluded resort for some much needed R&R. There she meets Lucian, the owner's grandson, and despite his gruff demeanor, she's drawn to him. As they spend more time together and his walls come down, they must figure out a way to redefine their futures after disappointment...and maybe figure out a way to be together while they're at it.

Michelle is a freelance graphic designer and the single black sheep in her family who has been unlucky in love. Gabriel left New York City a long time ago to make his fortune, and now he's not exactly excited to be back...but he is happy to see his childhood friend Michelle again. When he hires her for his new business venture, the two begin spending a lot of time together, and find that their feelings from over a decade earlier haven't gone away, not in the slightest.

For the Love of April French by Penny Aimes

April French is a trans woman who is familiar with the kink scene, and she's also familiar with disappointment in love. She doesn't let herself fall for anyone or get too close, but when Dennis walks into the bar and asks for her number, April finds herself unable to follow her own rules, and it's not long before she's falling hard and fast.

In this fantasy romance, Persephone is a society darling who is looking to get away from the glamour of Olympus and start a new life. And when her mother sets her up with Zeus, it sends Persephone running...straight to the forbidden underworld and to Hades, who sees in Persephone a chance at revenge, not realizing how fast he'll fall for her.

Love and Other Disasters by Anita Kelly

Dahlia Woodson is looking for a second chance on Chef's Special, a popular cooking reality TV show. London Parker has just come out as nonbinary and is looking to win, and prove the haters wrong. But when these two begin to fall, it will complicate their lives in the most delicious and spicy ways.

Her Heart's Desire by Anne Shade

Eve has just gotten out of an unhappy marriage and finally feels like her life is on track. She might not have love, but that's okay—everything else is great. Until she meets Lynette, and begins to reconsider everything. Lynette is hesitant to get involved with a closeted woman, but the more time they spend together, the more she begins to fall.

I'm (So) Not Over You by Kosoko Jackson

When Kian Andrews gets a frantic text from his ex-boyfriend Hudson, he's hoping for an apology and explanation for their horrible break up. Instead, Hudson begs him to act as his date for a dinner with his parents...which spirals into a date to one of the biggest society weddings in Georgia. Kian has his own reasons for helping out his ex, and they don't involve getting back together. But the more time they spend with each other, the more he begins to wonder if he's really over Hudson.

The Good Girl's Guide to Rakes by Eva Leigh

Kieran Ransome is a rake and a scoundrel on the verge of losing his inheritance if he can't find a respectable wife. The only problem is he doesn't run in respectable circles. So he turns to his best friend's younger sister, the impeccable Celeste Kilburn whose reputation is above reproach but who longs for some adventure. It's not long before the two strike a deal, but soon may find themselves in danger of falling for each other.

Something Fabulous by Alexis Hall

Valentine Layton, a young duke, has always been expected to marry Miss Arabella Tarleton, so he proposes dutifully. But she refuses, wishing to marry for love, and runs off into the night. Her twin brother Mr. Bonaventure “Bonny” Tarleton is aghast and expects Valentine to run after her, which he does so begrudgingly, with Bonny at his side. But as they track down a wayward would-be bride, Valentine and Bonny realize that they might just be falling in love instead.

Kris is an influencer with her first big reality TV show break, and all she needs to do is plan a wedding...unfortuantely for her, she's single. D'Vaughn is looking to break out of her shell and come out to her mom, and what better way than to plan a fake wedding with Kris? But as the two get to work coming up with their dream (fake) wedding, they'll have to confront their very real feelings for each other.

The Love Con by Seressia Glass

Kenya Davenport is a talented cosplayer looking to turn her passion into a career, and it looks like she might get the chance when she's chosen for a popular cosplay reality show. But the only problem? She needs to film an episode with her significant other and she's tragically single at the moment. Luckily for her, her friend Cameron Lassiter agrees to step in...but pretending to be in love might actually lead to the real thing.

Danielle “Duchess” Nelson is an American rapper on the top of her game, but just as she's about to make a career-changing move, a scandal threatens her success. Prince Jameson is a bookish, reclusive member of the Royal family who doesn't want anything to do with the spotlight, but unfortunately for him his mother the Queen has just put him in charge of a tribute concert. He picks Duchess, liking her regal-sounding name...and is shocked when he meets her. But also, maybe just a little fascinated....and soon he's falling fast for her.

Mistakes Were Made by Meryl Wilsner

Look for this one in fall of 2022! When college senior Cassie hooks up with a hot older woman in a bar she doesn't think much of it, beyond the fact that Erin is gorgeous and the sex was amazing. But when she learns the next day that Erin is actually her younger friend's mom...well, things get awkward for everyone. Cassie can't stop thinking about Erin, and the feeling is mutual. But is there anything more to their connection than just sex?