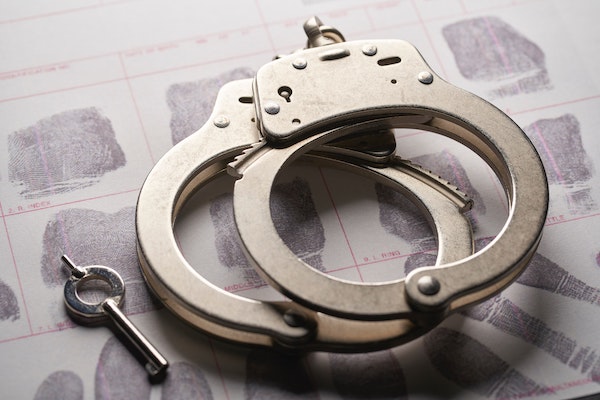 If you can't get enough of real-life crime and drama, good news! This is a fantastic year for new true crime books 2020, and we've got a list of 15 must-reads for you! From historical serial killers to wildlife smugglers, the murder of environmental activists to true crime anthologies, there's something here for every crime reader!

Note: The true crime genre is still not nearly diverse as it ought to be--something we hope publishing is working to address!

In this book, McBrayer tells the story of Jane Toppan, an Irish American nurse who was abandoned as a child, adopted by a wealthy family and then rejected by them, and then became a nurse who would go on to be known as the country's first female serial killer.

Race Against Time: A Reporter Reopens the Unsolved Murder Cases of the Civil Rights Era by Jerry Mitchell

In 1964, three Civil Rights workers were murdered by the Ku Klux Klan, and although the identity of those Klan members were an open secret, it took forty-one years for justice to be served. This is the story of how the Mississippi Burning case was brought to justice through the tireless efforts of a journalist.

For fans of The Poisoner's Handbook, pick up this book about Edward Oscar Heinrich, a California scientist in the 1930's who would go on to solve thousands of cases thanks to his analysis of forensic evidence, a science that he helped pioneer.

The Falcon Thief: A True Tale of Adventure, Treachery, and the Hunt for the Perfect Bird by Joshua Hammer

For fans of The Feather Thief, pick up this account of Jeffrey Lendrum, a smuggler who was wanted for traveling throughout the world stealing rare raptor eggs and endangering entire species, and the detectives who brought him to justice.

The Scientist and the Spy: A True Story of China, the FBI, and Industrial Espionage by Mara Hvistendahl

This fascinating account starts in 2011, when three Chinese men were arrested in Iowa for trespassing on a corn field owned by Monsanto, and quickly spiraled into a global counterintelligence investigation against the Chinese government.

True Crime for Our Times

The Third Rainbow Girl: The Long Life of a Double Murder in Appalachia by Emma Copley Eisenburg

In 1980 West Virginia, Vicki Durian and Nancy Santomero were brutally murdered while hitchhiking to a Rainbow Festival. For years, their murderer went unidentified, although people in the nearby communities were certain they knew who the killer was. Emma spent years in the area, investigating this crime and examining the effects of the murders on the community.

Broken Faith: Inside the Word of Faith Fellowship, One of America's Most Dangerous Cults by Mitch Weiss and Holbrook Mohr

This book explores the Word of Faith Fellowship, a cult led by Jane Whaley, who started gathering followers in 1979. This book follows not only her rise in popularity and the bizarre and oppressive rules to enforces on her followers, but the traumatic experience one family went through trying to escape.

Lissa Yellow Bird, a resident of Fort Berthold Indian Reservation in North Dakota, became increasingly concerned when she returned home in 2009 to find her tribe and her home dramatically altered by the oil boom. She became even more worried when a young oil worker disappeared from his worksite, and no one seemed overly concerned. This is a fascinating look at a woman's obsessive search for truth.

Magnetized: Conversations with a Serial Killer by Carlos Busqued and Samuel Rutter

Over the course of a week in 1982, Ricardo Melogno murdered four taxi drivers in Buenos Aires in cold blood, for seemingly no reason. He was arrested and imprisoned, where he remains to this day despite serving out his sentence. Carlos Busqued began visiting Melogno in prison thirty years later, talking to him about his life and eventually, the crimes. The result is this book, which shows readers a glimpse at the life of a killer.

Relentless Pursuit: My Fight for the Victims of Jeffrey Epstein by Bradley J. Edwards with Brittany Henderson

Bradley J. Edwards, a lawyer, reveals how he first met a woman who was one of Jeffrey Epstein's victims, and how he went on to represent her and many other victims in his pursuit to take down Epstein--and how Epstein's team tried to outrun and intimidate him at every turn.

The author of The Real Lolita has collected thirteen of the best (short) true crime accounts in this anthology, picking viral pieces such as "Dee Dee Wanted Her Daughter to Be Sick" by Michelle Dean and other original pieces that explore the best writers in the true crime genre.

Who Killed Berta Cáceres?: The Murder of an Indigenous Defender and the Race to Save the Planet by Nina Lakhani

Berta Cáceres was a Honduran and indigenous environmental activist who worked hard to protect the land and her people's rights--but that made very unpopular in the government's eyes. Months after winning the world's most prestigious prize for environmental activism, she was murdered, and Lakhani investigates who is behind the crime in this true account.

Or, sign up for TBR: Tailored Book Recommendations! TBR is a personalized book recommendation service that sends you books you'll love. Here's how it works: Simply fill out the reader survey and let us know what you want more of--such as new true crime books 2020--and what you're not keen on. Then, an expert Biblioligist will read your responses and recommend three books just for you. Receive your recommendation letter via email in about two weeks, or opt to receive your recommendations as brand new hardcovers from our partner, Print: A Bookstore in Portland, ME in about three to four weeks.