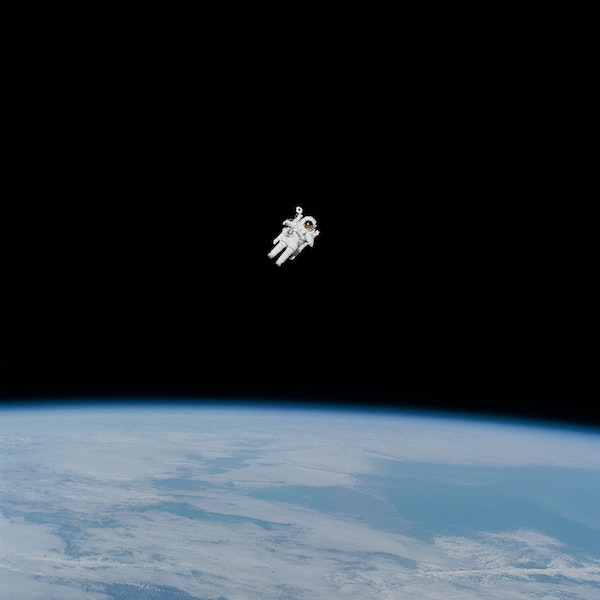 If you love your science fiction with a heaping side of humor, then you've come to the right place! Many people immediately think of Douglas Adams when they think of funny sci-fi books, but there are so many more light-hearted sci-fi books out there that deserve a wide audience, beyond The Hitchhikers Guide to the Galaxy! We've rounded up fifteen of the best newer and upcoming funny sci-fi books that should be on your radar!

Captain Eva Innocente runs a cargo ship that ferries goods across the universe, and she captains the best crew she could ask for. But when a shady corporation kidnaps her sister and demands an impossible ransom, she must scramble to raise the fund--and the harder it gets, the more she lies, alienating her loyal crew.

All Systems Red by Martha Waters

In this novella, an android meant to accompany humans and look to their safety on interplanetary missions has somehow become sentient, hacked its own system to gain control of its actions, and privately refers to itself as "Murderbot." Murderbot can't stand humans, and just wants to be left alone...but when a crew on a nearby mission goes missing, Murderbot will have to join its humans to help find them.

Andrew has just been assigned to the Intrepid, a ship that conducts deep-space exploratory missions and is run by legendary senior crew members. He thinks it's the perfect opportunity to learn from the best, but then he realizes that someone always dies on these away missions, and it's never the senior crew members...

Ezra and Kady have just broken up when an evil corporation attacks their planet and sends them and many others fleeing their galaxy, looking for refuge. Now they have to work together (awkward) to not only outrun their enemy, but also discover who their enemy is working for, and how to stop them. This is the first in a hilarious, action-packed trilogy.

In this meta novel, Yu tells the story of a Minor Universe, where people use time travel to hop around and change their own timelines to make their lives better. It's Yu's job to save them from themselves, and work as a time travel technician. After all, his dad invented time travel and then disappeared--but the key to finding him might be in a book he left behind: How to Live Safely in a Science Fictional Universe.

In this hilarious novel, the Metagalactic Grand Prix is an event of the universe, where sentient species must compete to prove their worth and sentience--and if they fail, their entire race is exterminated. This year, humanity has been discovered and where they expected a competition of military strength and diplomacy, they instead find that they need to send an emissary to help them win what is essentially a beauty pageant and talent show rolled into one.

Warcross is an online international gaming sensation, and Emika works as a bounty hunter, tracking down players who make illegal bets. When desperation drives her to do a little illegal hacking of her own, she accidentally goes viral...and then is hired by the gam designer to figure out who has fixed the upcoming world championship. This is a fast-paced book with some excellent dark humor.

The Rest of Us Just Live Here by Patrick Ness

Have you ever wondered what was going on with the "normal" people in the background of speculative stories about the chosen ones? In this satirical and experimental novel, Ness tells the stories of the normal people who live alongside and go to school with the extraordinary chosen ones who are superheroes fighting villains, evil, and the supernatural, and what life is like for someone who might be very ordinary--but no less important.

Gideon the Ninth by Tamsyn Muir

Gideon is an indentured servant of the Ninth House who has been planning her escape for a long time--only to be pissed off when her nemesis, Harrowhark, botches it at the last minute. Harrow has a proposal: Accompany her on a strange mission to compete against representatives from the other houses for a chance at eternal life. If they lose, Gideon can go her own way. Sure, why not? But Gideon has no idea just how dangerous this mission is going to be.

How Rory Thorne Destroyed the Multiverse by K. Eason

In this fairy tale and sci-fi mashup, Rory Thorne always thought she'd inherit her father's throne (and his interplanetary consortium) but when he's assassinated and her little brother is born, she finds herself betrothed to a rather weak prince galaxies away. She arrives right in the middle of a thick plot to overthrow her future husband, and must outsmart some sly villains and rescue a prince.

The Last Human by Zack Jordan

Sarya is the last human, and she's got to remain vigilant in order to protect her secret identity. It doesn't really give her a lot of time to ponder why humanity was deemed too dangerous to exist, but when a bounty hunter discovers her secret, Sara must go on the run with an unlikely crew to get to the bottom of why humanity disappeared.

Ada has grown up in relative privilege and power, but she's really nothing more than a political pawn. She ran away from home when her father tried to arrange her marriage and managed two years of freedom before she was caught and thrown into prison with Marcus, nicknamed the Devil for his nefarious deeds. When a chance at escape comes, Ada will have to decide if she wants to risk taking it with Marcus--or face her father.

In this Cuban sci-fi tale, Dr. Sangan is a veterinary specialist whose patients are extremely large and complex aliens. When one swallows two ambassadors, causing political turmoil, Dr. Sangan is called in to find and rescue them--even as he has feelings for both of them!

For fans of first contact stories, pick up this book about the crew of the Magellan (Maggie for short) who discovers a large alien structure and are determined to tow it back to Earth to study--but bring a lot of trouble down on themselves when they discover that the aliens are rather fond of this particular structure and like it just where it is.

The AI Who Loved Me by Alyssa Cole

Trinity is a government researcher working from home and trying to recover from a traumatic event when she meets Li Wei, the hot nephew of her neighbor whose odd but endearing behavior catches her notice. Then Trinity discovers the truth--Li Wei is an A.I. whose objective is to learn how to become human. She's happy to help, but the more she helps, the more Trinity finds herself falling for Li Wei. This is a mostly lighthearted romance with some excellent moments of humor.

Here's how it works: Fill out our reader survey and tell us more about your reading life and what you want to explore more (such as funny sci-fi!). Then you'll be matched with an expert BIbliologist who will review your survey carefully and pick out three books just for you. Receive your recommendation letter in your inbox in about two weeks, or choose to receive your recommendations as hardcover books delivered to your door in about three to four weeks!