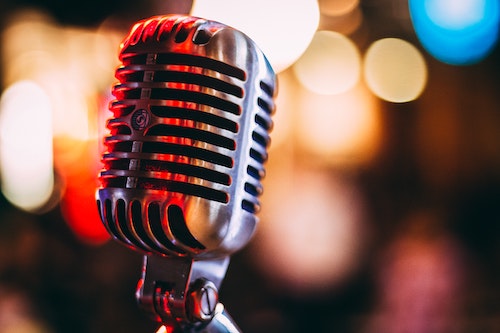 If funny female authors are your jam, then good news! We've got some hilarious female comedian books and memoirs for you! These memoirs vary in genre and style (some are more essay-based, some are more traditional memoirs) but all are laugh out loud hilarious and fun!

Told as a letter to her two daughters, this is a hilarious memoir about Ali Wong's start in comedy life, her young adulthood, and the pitfalls of dating and learning to get by in the world.

Told in a series of autobiographical essays, Irby talks about what it's like to move to Michigan from her beloved Chicago, get married, and settle down. But she also sprinkles her domestic hilarity with true stories about pitching TV shows to Hollywood and working on the Hulu show, Shrill.

The Girl With the Lower Back Tattoo by Amy Schumer

In this book, Amy Schumer reveals hilarious and raucous stories from her teenage years and early years that helped shape her as a woman and comedian. This is a very candid and personal account, ranging from secrets, lust and sex, marriage, and family relationships.

A self-proclaimed weird person, Jenny Slate reveals her personal thoughts, dreams, and struggles in this memoir about returning to her childhood home after divorce, and excavating her childhood memories. As she processes all of the weird influences and her odd impulses, she finds healing.

In this memoir, Tiffany talks about growing up in Los Angeles and learning to cope and navigate her sometimes rough world by being funny. Being funny allowed her to survive foster care, and later, started to earn her money and popularity, all the while paving her way towards a career in comedy.

Save Yourself by Cameron Esposito

In this memoir, Cameron reflects on her life growing up in a conservative, religious household as she realized she was queer, and coming out at a Catholic college, where her sexual orientation was definitely not accepted. She talks about her journey to becoming a comedian, and how comedy saved her life.

This Will Only Hurt a Little by Busy Phillips

In this funny memoir, actress Busy Phillips tells stories from her childhood to her move to LA, to become an actress. She recounts misogyny, body shaming, and other industry issues that she encountered over the course of her career, and her adventures in motherhood.

The Bedwetter by Sarah Silverman

In this essay collection, comedian Sarah Silverman spans the profane and hilarious to poignant and heartbreaking as she recounts stories of growing up Jewish in New England, being a bedwetter into her teen years, losing her virginity, and even death in her family.

The Misadventures of Awkward Black Girl by Issa Rae

Comedian, web series creator and star, and lead in Netflix's The Lovebirds Issa Rae pens essays on the perils of being a woman on the Internet, being a funny introvert, navigating social situations alone, and learning to accept herself in all of her awkward glory.

So Close to Being the Shit, Y’all Don’t Even Know by Retta

In this hilarious memoir from the Parks and Rec star, Retta talks about her decision to forego med school and move to Hollywood to become an actress, finding success as a comedian and landing some prominent roles, but also running up against challenges--like her sitcom not being picked up. This is a funny memoir from someone who is making it on Hollywood, but also is aware of the precariousness of success.

Talking as Fast as I Can by Lauren Graham

Grahamopens up about her life in Hollywood, being perpetually single, what it was like to play Lorelei on Gilmore Girls, and experiences from her childhood that led to becoming an actress. This memoir spans her years working on Gilmore Girls, and then reprising her role again in the Netflix reboot.

Life Will Be the Death of Me by Chelsea Handler

Written in the wake of the 2016 election, Chelsea Handler writes about how Trump winning the presidential election was her wake up call to become self-sufficient, politically active, and finally go to therapy. The comedian writes about these experiences with humor and sarcasm.

The Witches Are Coming by Lindy West

Lindy West is the popular critic and comedy writer of Shrill, and in her second book she looks at political activism, the role of misogyny and racism in our society, and what it means to actually care about the world and planet, all while being uproariously funny.

Is Everyone Hanging Out Without Me? by Mindy Kaling

In her comedic book, Mindy Kaling talks about everything from her upbringing as the daughter of immigrants to her ideal friendships and ideal man, while also relaying funny stories from her career as a comedian and actress.

I Don't Know What You Know Me From by Judy Greer

Judy Greer has co-starred in numerous films, and as a result she has plenty of hilarious stories about what it's like to actually live in Hollywood and work in the film industry, and she tells those stories alongside more personal anecdotes from her life and career.

Are you looking for more books that will make you laugh? Check out our list of funny book club books!And if you want more funny female comedian book recommendation, sign up for TBR: Tailored Book Recommendations! TBR is a personalized book recommendation service that send you books you'll love to read. Here's how it works: Simply fill out the reader survey and let us know what you want more of--such as funny female authors--and what you're not keen on. Then, an expert Biblioligist will read your responses and recommend three books just for you. Receive your recommendation letter via email in about two weeks, or opt to receive your recommendations as brand new hardcovers from our partner, Print: A Bookstore in Portland, ME in about three to four weeks. Learn more and sign up now!