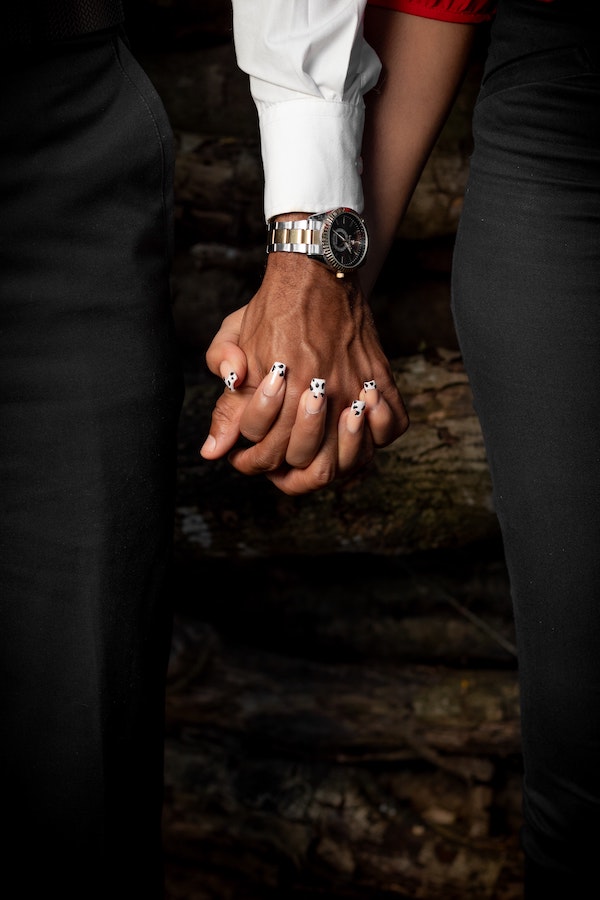 What is Dark Romance?

Note: This genre is particularly white, with fewer authors of color. Publishing must still work on being more inclusive when it comes to dark romance novels. We also do not include extensive content warnings, but most can be found in Goodreads listings. If you are sensitive to certain topics, we encourage you to do more research before reading.

In this dark collection of romantic fairy tales, a ball with New York's elite will have the Constantine Family navigating princes, villains, and beasts. Each story is a retelling of a classic tale with a dark romance twist.

Claudia's getaway to the wilderness is marred by tragedy, and desperate for a sanctuary, she turns to a nature photographer Shepard. After he saves her life, the two enter into a relationship of domination and submission, but their romance can't hide the pain Claudia is running from.

In this brand new trilogy, an arranged marriage dominates this sexy story about someone who was born into immense privilege and lost it all, only to come back stronger and bent on revenge.

Lord Arthur Godwick agrees to pay off his younger brother's debt to the beautiful and sensual Regan--with sexual favors, not money. And it's not long before he realizes that he's just a pawn in her revenge scheme.

Francesca Rossi finds herself torn between two bitter rivals who would use and manipulate her in a power struggle beyond her control, but she is determined to write her own fate.

Sophie Bristol works for the first trillionaire in existence, and what he wants, he gets--except when he demands that Sophie accompany him and pretend to be his fiancée, she isn't willing to let him possess her. But he's very determined, and Sophie finds herself relenting.

This standalone romance explores a reverse harem, and a musician who is assigned as a lead guitarist for a hot new band, despite her bandmates wishes...and then finds herself tempted by all three of them.

Tiernan has gown up wealthy and privileged, but without any affection from her distant and cold parents. When they die unexpectedly right before her eighteenth birthday, she's sent to live with her father's step-brother and his two sons in the mountains of Colorado, where they tech her survival and she begins to feel desire she's never known before and boundaries blur.

Eleanor is a naive girl who is trapped while traveling and delivered to an island where fantasies are made into reality by trained goddesses. Sullivan Sinclair runs this island, but when Eleanor arrives, nothing will be the same ever again.

Alana was a captor, but Jacob, her captor's son was the one person she could count on in her dark world...until she got away and left him behind. And now she's fierce and independent and bent on revenge, but Jacob wants her back.

Cheska has only ever wanted two things: a comfortable life as a London socialite and Arthur Adley. When a terrible crime rips away her life, she turn to Arthur, the head of a crime syndicate. Arthur knows that he must protect her, but how can he do that when he's dangerous, and he wants her?

Cassio needs a new wife, someone to be a mother to his young children and to keep him warm at night. Giulia is barely of age, given to Cassio in an arranged marriage. She's young and clueless about what it means to be a wife and a mother, but Cassio can't resist her. But Giulia is willing to fight for her needs, too.

Sarai was just a teen when her mother brought her to the compound in Mexico, and she's been a prisoner there ever since. Now an adult, she sees an opportunity for escape, and takes it. But the man whose car she escapes in might be just as dangerous as the men she's running from.

Vivienne is sexually inexperienced, but she had dark fantasies of being taken by force. When Jonah learns her secret, he makes her an offer she can't refuse: they remain strangers but meet to fulfill her fantasies. And it's incredible...but what happens when Vivienne catches feelings for him?

When Kat spots Gav, she can't help but be attracted to him...and curious about his secretive nature. But it turns out that Gav is a serial killer and when Kat sees something she shouldn't, she finds herself held captive in his basement, impossibly attracted to her abductor.

Here's how it works: Simply fill out the reader survey and let us know what you want more of--such as new dark romances--and what you're not keen on. Then, an expert Biblioligist will read your responses and recommend three books just for you. Receive your recommendation letter via email in about two weeks, or opt to receive your recommendations as brand new hardcovers from our partner, Print: A Bookstore in Portland, ME in about three to four weeks. Learn more and sign up now!