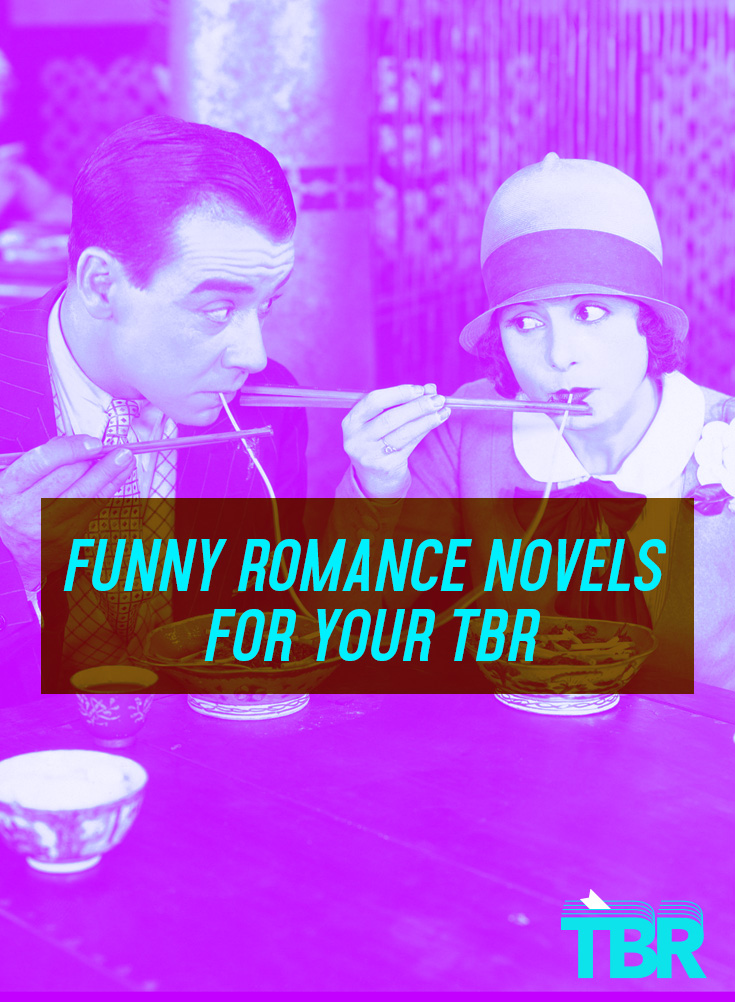 When Alex's mom is elected president of the United States, he becomes a celebrity. All of that attention gets complicated when Alex has a beef with a British prince, Henry. The media frenzy puts the relations between the two countries at risk, so a reconciliation is staged. But Alex is shocked when he finds that Henry isn't so bad, after all--and maybe his feelings for Henry are deepening into something more.

The Only Thing Worse Than Me is You by Lily Anderson

Trixie is very proud of her academic standing at her high school for highly gifted teens--she's been consistently tied for third with her nemesis, Ben. Her goal for senior year is to cinch her place in third, and never let Ben forget it. But when her best friend begins dating Ben's best friend, she finds herself hanging out with him an awful lot, trading barbs. And when her best friend is implicated in a cheating scandal, Trixie will have to set aside her contempt and team up with Ben to clear her name.

Josh and Hazel's Guide to Not Dating by Christina Lauren

Hazel is too much for most guys, but she's okay with that. Josh is recently single after being spurned by a cheating girlfriend. These two long-time friends decide to set each other up on increasingly ridiculous blind dates to distract each other from their single statuses. Because as long as they're dating other people, they can ignore their growing romantic feelings for each other...right?

The Proposal by Jasmine Guillory

What Nikole thought was going to be a chill afternoon at a Dodgers game with her boyfriend turns into a media spectacle when he proposes--publicly--and she turns him down. They've only been dating for a few months, after all! When she needs to escape the stadium quickly, charming doctor Carlos Iberra comes to her rescue, and Nikole and Carlos embark on a sexy rebound romance that has Nikole second-guessing fast relationships.

Welcome to Temptation by Jennifer Crusie

Sophie Dempsey is the oldest sibling in a family of con artists, and has spent her life protecting her younger siblings. She's drawn into helping her younger sister out with one last thing before she leaves town for good, but along the way she meets Phin, a young mayor with integrity and sex appeal in spades. As the two tangle, Sophie's plans are completely upended.

The Kiss Quotient by Helen Hoang

The only thing that makes sense to Stella is math: reliable, orderly, predictable math. Love and romance are the opposite of that. So she decides to hire Michael, a professional escort, to teach her all there is to know about kissing. And romance. And sex. And she discovers that the feelings that develop between them, while unpredictable, are consistent and reliable enough to prove that there might be something spectacular between them.

Can You Keep a Secret? by Sophie Kinsella

Emma has a lot of secrets. She also has a fear of flying. When a turbulent flight unsettles her, she begins spilling all of her secrets to the handsome stranger seated next to her, thinking she'll never have to see him again. But when he turns out to be the CEO of her company, she doesn't think she'll ever recover from the humiliation. Except, rather than putting him off, Emma's secrets have seemed to have the opposite effect on him.

Marlee is excellent girlfriend material--she knows nearly everything there about football thanks to dating her NFL star boyfriend for ten years. But when their relationship implodes after his cheating is exposed, Marlee decides to take a break from athletes. Then Gavin Pope, the flashy new quarterback, comes along, forcing Marlee to reconsider if she's ready to dive back into the world of dating an athlete (and all that comes with it).

The Duchess Deal by Tessa Dare

The Duke of Ashbury has been a bit of a hermit ever since returning from war, but now he's in need of an heir. Emma Gladstone is a discarded vicar's daughter turned seamstress. When strange circumstances find Emma in the Duke's study, wearing a wedding gown, he decides she'll make a perfect wife for his purposes. But Emma has other things in mind for him, and before long the two clash in a spectacular, sexy battle of wits.

Alys Binat doesn't see the point of marriage. Too many of her students have shown promise, only to marry in their teens and waste all of their academic potential. And when the wedding of the year brings her in contact with one rude Mr. Darsee, she's glad for her resolve. Except her older sister has fallen for Darsee's best friend, and the more she gets to know Darsee, the more she realizes that perhaps her first judgment of him was unfair. Satirical and ridiculous, this is a heartwarming retelling of Pride & Prejudice set in Pakistan.

Her Royal Highness by Rachel Hartman

When Millie discovers that her best friend and kind-of girlfriend has been kissing other girls, she does what any reasonable, heartbroken teen girl would do--she applies to boarding school abroad for a change of scenery. But she gets a shock when she discovers that her new roommate Flora is an actual Scottish princess, and what's more, they have some serious chemistry. When sparks fly, Millie will have to decide if it's worth taking a risk on love once more.

The Hating Game by Sally Thorne

Lucy and Joshua can't stand each other. They both work as executive assistants to the co-CEOs of their company, but they couldn't be more different. And when a plum promotion is up for grabs, their antagonism is ramped up as they compete for the dream job. Except, along the way they slowly begin to realize that maybe they don't actually hate each other so much after all...

Ruth prefers comics to people, which is a bit awkward in a small town where people love to gossip and everyone knows everyone's business. But she doesn't care--and that's exactly what makes her so intriguing to her next-door neighbor, Evan. Ex-military and exceedingly patient with Ruth's prickly nature, he slowly works his way into Ruth's heart, bringing her to take the ultimate risk with her heart.

Margot is an elite event planner looking for a second chance after an event went terribly wrong in Chicago. She finds herself in quirky Lake Sackett, Georgia, planning an event for one of the most prominent families in town. Unfamiliar with Southern living, she gets a crash course from cute elementary school principal Kyle, but finds that  event planning and romance can be equally surprising when small town communities get involved.

Dimple has no intention of letting her parents arrange her marriage. The only thing standing in the way of her and college is a summer and an elite coding camp that she plans to crush. But when Rishi, the boy her parents want to set her up with, shows up at the program as well, Dimple realizes that ducking her parents' plans won't be so easy. And what's more, Rishi is kind of cute, and more than supportive of her aspirations. If she's not careful, she might just fall for him anyway...

Just fill out our survey, tell us what you love and what you want to read more of, and we'll match you with an expert Bibliologist who will recommend three books for your TBR! Choose between recommendations-only via an emailed letter, or a hardcover book subscription! It's the perfect way to find even more funny romance novels! Get started now!