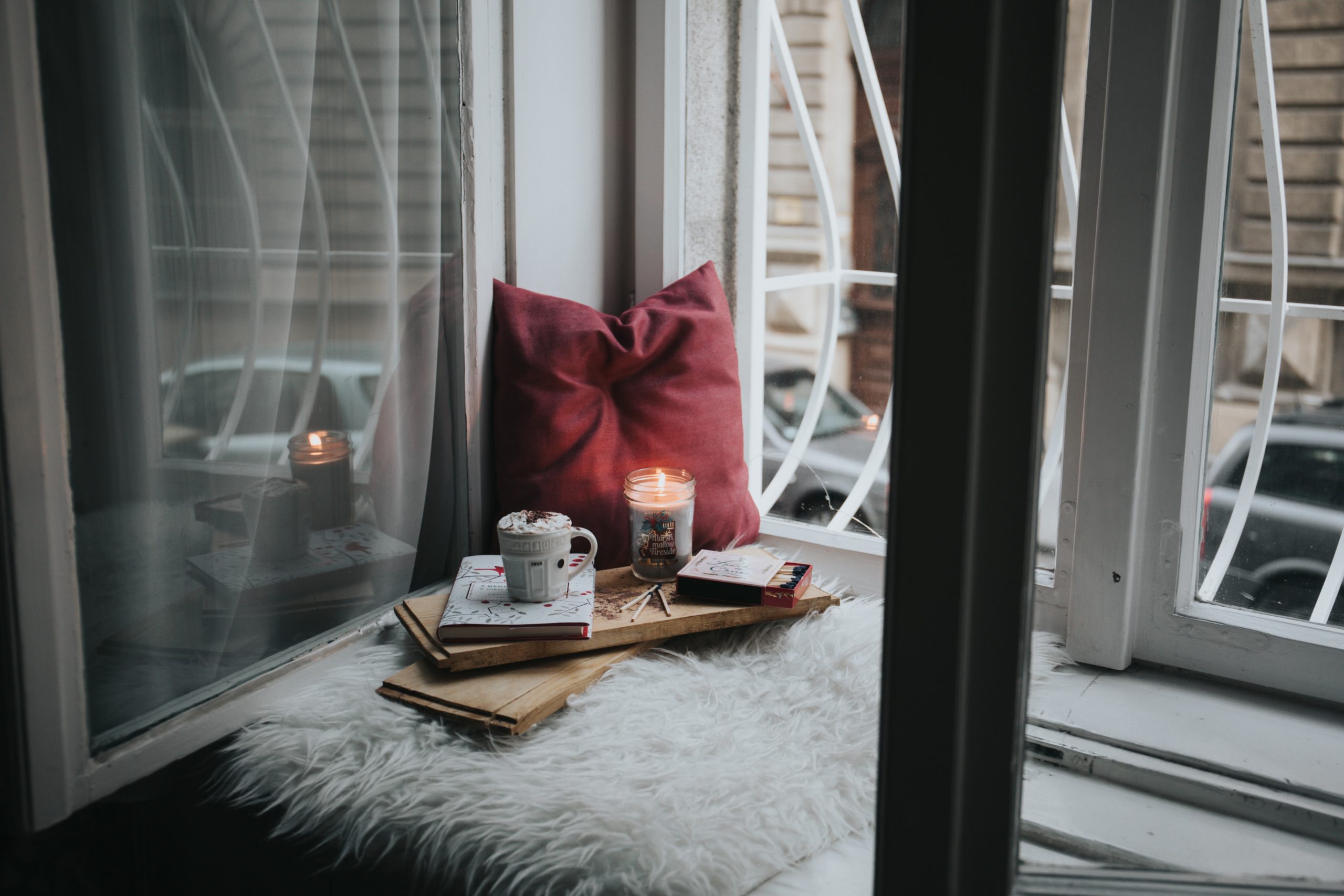 When the world is a lot or you're feeling down, sometimes you just need to read some books that make you feel cozy. The definition of cozy books may vary for everyone. Of course, there are cozy mysteries which, by definition, don't have lots of violence, sex, or swearing, but maybe mysteries aren't your jam. That's why we've complied this list of happy-making books in all genres that are light on heavy topics and brimming with happiness!

The House in the Cerulean Sea by T.J. Klune

When Linus, a case worker for the Department in Charge of Magical Youth, is sent on a assignment to a most peculiar orphanage, he doesn't expect to find some of the most unusual children he's ever encountered, and their caretaker, who challenges him to think about the meaning of family. This fantasy is so lovely, it'll make you grin from beginning to end.

Bookshop on the Shore by Jenny Colgan

If you've ever dreamed of running away to a picturesque location and selling books out of a van, then this book is for you! Zoe is a single mother who takes a job in Scotland as a live-in caretaker of three children who are smarting after their mother's abandonment, and sells books out of the local bookshop van on the side. Along the way, Zoe finds that her son is thriving in Scotland, and a second chance at love.

Lila Macapagal has moved home after a bad break up, and is tasked with helping save her aunt's failing restaurant, which would be fine...except a food critic (and Lila's ex!) drops dead in their restaurant moments after a confrontation with Lila. Now she's being treated as suspect number one, and she has to find a way to save herself and the restaurant, and fast!

If you're open to joyful children's books, pick up this delightful novel about Ryan Hart, a Ramona Quimby for the 21st century. After father is laid off from his job, Ryan and her family must move to a new house. As Ryan experiences friendship troubles, school talent shows, and big changes, she must learn to always look for ways to make sunshine.

A group of septuagenarians gather each Thursday in the game room of their assisted living center to discuss various mysteries and murder cases, but they get the chance to investigate their own murder when a developer ends up dead...and they walk right into the middle of a young homicide detective's first case.

Of Curses and Kisses by Sandhya Menon

If you love tropes in a cozy romantic setting, this book is for you! It's set at an exclusive boarding school and features enemies to lovers, revenge dating, a magical curse involving a rose-shaped ruby pendant, nobility, and of course, fairy tale stakes.

The Body in the Garden by Katharine Schellman

Lily Adler is a newly widowed young society lady who has decided to return to 1815 London society, and makes her friend's ball her very first social engagement. But as she's mingling, she overhears a young man attempting to blackmail someone--and then he's found dead in the garden. Lily is certain no one will listen to what she's heard, she she becomes determined to investigate herself.

Before the Coffee Gets Cold by Toshikazu Kawaguchi

In a back alley in Tokyo, it's rumored that a coffee shop serves the best coffee...and a chance to travel back in time. Of course, time travel isn't so easy, and as four customers search for answers in the past, they'll find that time travel is complicated and you can only stay as long as it take for coffee to grow cold.

Happily Ever Afters by Elisa Bryant

Tessa is a romance writer who enjoys crafting happily ever afters, but when she is accepted to a prestigious creative writing seminar, she begins to lose her creative spark. Her best friend advises that what Tessa needs is some real-life experience, and she comes up with a list of things for Tessa to check off in order to find her own happily ever after

The Ruthless Lady's Guide to Wizardry by C.M. Waggoner

Dellaria Wells is a con artist who's behind on rent, so she answers a curious advertisement asking for a woman talented in magical or martial arts to help protect a young woman ahead of her marriage. Dellaria fudges the truth a little to get the job, and it seems like a cushy gig...until things take a turn for the deadly!

Dial A for Aunties by Jesse Q. Sutano

When Meddelin Chan accidentally kills her blind date, she calls in the four women she trusts more than anyone in the world: her mother and meddlesome aunties. But things take a turn when the body is accidentally sent to the swanky wedding Meddy, her mom, and aunties are supposed to be working!

Jane in Love by Rachel Givney

When twenty-eight-year-old Jane Austen wishes for love, she finds herself unexpectedly time traveling to modern day Bath, where a new production of her novel Northanger Abbey is being shot. Overwhelmed by the future and stunned to learn that her stories have endured for centuries, Jane throws herself into modern life and finds love...but when her books begin disappearing from shelves, she begins to wonder what time she's meant to live in.

The Bookish Life of Nina Hill by Abbi Waxman

Nina Hill is a bookseller who loves her schedules and routines. So when she learns that she has been named in the will of the wealthy father she never knew and now she has an extended family eager to meet her, she's dismayed. This is not part of her grand plan. But Nina can't ignore her very persistent new family, and along the way she discovers the wonder of being open to change, and romance.

Eva Evergreen is desperate to become a novice witch before she turns thirteen, or she'll lose her magic altogether. She must complete three simple tasks, but she only has a pinch of magic, making it impossible...until she lands in a small town that only she can help.

The Vanished Bride by Bella Ellis

What is the Brontë sisters were sleuths before they were authors? That's the premise of this gentle historical mystery about the disappearance of a local woman, which piques the interest of the sisters living at Haworth Parsonage. They use their talents for observation and deductive reasoning to unravel a mystery.

Do you need more cozy reads to get you through the day? Sign up for one of the best book subscription services, TBR: Tailored Book Recommendations! TBR is a personalized book recommendation service that sends you books you'll love to read.

Here's how it works: Simply fill out the reader survey and let us know what you want more of--such as books that make you feel cozy--and what you're not keen on. Then, an expert Biblioligist will read your responses and recommend three books just for you. Receive your recommendation letter via email in about two weeks, or opt to receive your recommendations as brand new hardcovers from our partner, Print: A Bookstore in Portland, ME in about three to four weeks. Learn more and sign up now!