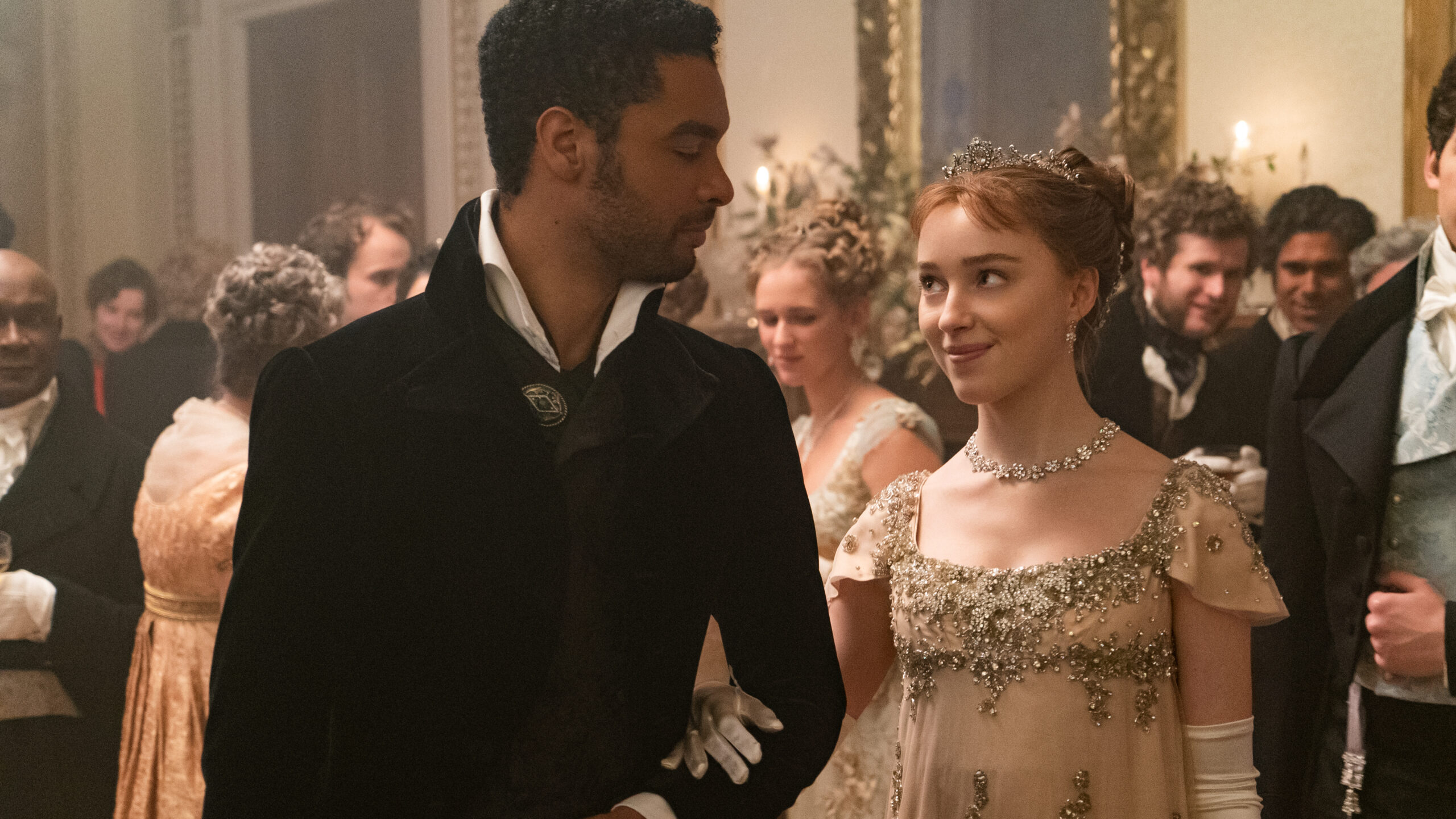 Dear gentle readers, perhaps you’ve fallen for the Bridgerton siblings as of late, and are pining for more romance series or books like Bridgerton. Whether you’ve read the books or watched the Netflix adaptation, please know that there are plenty more books set in the Regency era that will inspire and delight Bridgerton fans. We’ve compiled a list of romance and YA books like Bridgerton that will keep you swooning until season two makes its debut on Netflix!

The Season by Sarah MacLean

Sarah MacLean is a well known Regency era romance novelist, and this is her first book about three friends embarking upon their debut social season in Regency London. Lady Alexandra is known for getting into scrapes, but when she walks into a mystery, she must use all her wits to make it through her season!

Primrose Ainsworth is the youngest daughter and often forgotten. But when her parents decide to delay her debut into society, Prim decides to mark her sixteenth birthday by crashing a masquerade ball. Things get very interesting when her cover is nearly blown and she’s saved by a mysterious and dashing young man who makes her heart flutter, and the two set off on a memorable night throughout London.

Lady Victoria is a younger daughter of an earl who isn’t in any hurry to marry since her older sister was married recently. She’s content to help her father run the estate, until a scandal puts her family in a perilous position and Victoria must marry and fast, or risk having her family lose everything.

The Lady’s Guide to Celestial Mechanics by Olivia Waite

Catherine is a recent widow who wants to ensure that the scientific text her late husband acquired before his death is translated and published, and then she plans of washing her hands of it all. Lucy is an astronomer who can speak French, and she wants this translation job. Catherine is surprised when Lucy responds to her advertisement, but she gives the beguiling young woman the job and is surprised when she finds herself falling for her as well.

A Duke, the Lady, and a Baby by Vanessa Riley

When Patience Jordan questioned the circumstances behind her English hsuband’s death, the West Indian heiress lost everything–her money, title, position, and even custody of her newborn son. Now, she’s intent on reuniting with him and she gets herself hired as his nanny. Her son’s guardian is an ex-military hero whose strictness belies a passion that Patience can’t resist.

Mine Til Midnight by Lisa Kleypas

Amelia Hathaway is shocked when her family receives an inheritance that elevates them to high society. But learning how to navigate this new echelon of society is especially difficult when she has a passel of siblings to wrangle. Not to mention Amelia soon finds herself attracted to Cam Rohan, whom she turns to for help. He intends to only offer friendship, but very quickly finds himself unable to resist Amelia.

Any Duchess Will Do by Tessa Dare

When Griffin York, a duke, is ordered by his overbearing mother to choose a bride, he rebels by rejecting her array of choices and designating a servant girl as his bride-to-be. But what starts out as a joke quickly turns into a serious matter when Griffin falls for Pauline. The only problem? Pauline won’t be accepted in high society and Griffin wants nothing more than to make her his duchess.

When Ash finally gets the chance to exact vengeance on the person who stole his fortune and his future, he thinks he’s ready for what he must face. But he’s drawn to Lady Margaret, the woman who is placed as a spy in his household to ferry information to his enemy. Lady Margaret finds her loyalties wavering the more she gets to know Ash, putting her in an impossible situation.

The Luckiest Lady in London by Sherry Thomas

Felix Rivendale, the Marquess of Wrenworth, is considered the perfect gentleman and the catch of season, but he has dark secrets that he’d rather keep concealed. When he proposes to Louisa, who must marry in order to see her sisters cared for, she’s not enthusiastic about Felix–she can tell he’s hiding something. But with no other offers, Louisa finds herself married to him and enjoying the way his touch sets her on fire, but can she get him to be honest with her?

Kit Webb is a one time highwayman and currently reformed coffeehouse owner whose days are a little boring, but at least respectable. When Percy, a young lord, approaches him and asks him to steal back a family heirloom, Kit doesn’t want to break the law, but he agrees to show Percy how to get the job done…and finds himself falling hard.

Molly is a lady’s maid who is certain that her days of thieving are behind her and she intends to walk the straight and narrow. But that’s incredibly boring, so she begins a flirtation with Alice, her mistress’s lady’s companion, and when Alice must face an unpleasant person from her past, having Molly on her side proves useful. Soon, they find themselves falling for one another in a genuine way.

To Have and to Hoax by Martha Waters

Violet and James met and married after a whirlwind first season, and now years later they can barely stand the sight of one another. When a misunderstanding sends Violet rushing to James’s side, she’s furious to find he’s perfectly fine and couldn’t care less about the worry he caused her. Thus launches a hilarious series of hoaxes and hijinks to get the other to break first, but pretty soon the couple may have to admit they’re falling for one another all over again.

While the Duke Was Sleeping by Sophia Jordan

Poppy is a shop girl who doesn’t normally spend her days dreaming of dukes, but when she saves the life of a duke and he immediately lapses into a coma, she’s mistaken for his high born fiancé and doesn’t rush to correct anyone. The only problem? The duke’s suspicious half brother who doesn’t believe she is his brother’s fiancé for a single second…

The Rakess by Scarlett Peckham

Seraphina Arden was ruined by a horrible man, so she’s decided to lean into her so-called rakish persona by becoming the scandal everyone says she is. She’s enjoying life, but when she propositions a handsome widower for a fun month of romantic dalliance, the last thing she expects is to actually fall for him…or that by destroying the man who ruined her, she might be hurting her new lover.

My Fake Rake by Eva Leigh

Lady Grace is a quiet, bookish sort but she wants romance and to catch the eye of the most eligible of bachelors. So she comes up with an audacious plan to transform her friend Sebastian into a bit of a rake and form a fake attachment in order to attract the attention of the man she really wants, but quickly finds that her feelings for Sebastian are genuine.