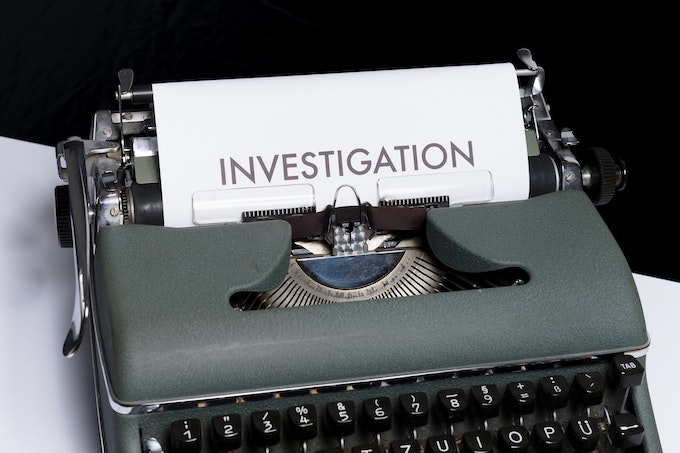 Do you love a good whodunit? A protagonist with an itch to discover the truth, no matter the obstacles? Some of the best detective books in the last five years have featured everything from queer private investigators to ex-cops to detectives trying to find their footing in new locations. If you love detective book series or are looking for a great new female detective to fall in love with, then we’ve got some recommendations for you!

Roxane Weary is a PI who is trying to make ends meet and mourning her cop dad when she lands a case that could make her career–or claim her life. This is a fantastic series that balances the mysteries Weary picks up with her personal life. Start with The Last Place You Look.

Sherlock Holmes, but make him a disgraced society lady in Victorian times named Charlotte Holmes, who assumes the Sherlock moniker in order to obscure her identity! These mysteries are deliciously complicated and clever, and you definitely want to read them in order as they do feed into each other. Start with A Study in Scarlet Women.

Betty Rhyzyk is a tough-as-nails Brooklyn cop who relocates to Dallas, TX to be with her girlfriend, and quickly finds that everything is bigger in Texas–the crime, the stakes, the danger. This is a great procedural with a strong female protagonist and has been options by FX! Start with The Dime.

For an unconventional detective novel, pick up this fictionalized series about real-life sheriff’s deputy Constance Kopp, who became a deputy in 1914 after a gangster began targeting her family. This is a fantastic series that looks at the struggles of women breaking into law enforcement. Start with Girl Waits with Gun.

Esa Khattak and his partner Rachel Getty work in Canada’s Community Policing Section, which handles some of the most complex and delicate cases involving minority groups, hate crimes, and more. From investigating the death of a political informant to mass shootings, these cases are always high-profile and complicated, and completely relevant. Start with The Unquiet Dead.

French is best known for her Dublin Murder Squad series, which stars a new case and a different detective in the squad, although characters tend to make appearances throughout the series. From cold cases to puzzling break-ins turned murders, the detectives uncover the dark side of contemporary Dublin. You can read them order, starting with In the Woods, or jump in anywhere.

This Japanese detective series stars Manabu Yukawa, aka Detective Galileo, a mathematics professor who is often is called in by the Tokyo police to help them solve some of their more puzzling crimes. Start with The Devotion of Suspect X, which was made into a 2017 film!

Cass Raines is an ex-cop living in Chicago who turns to PI work after an injury on the job left her hurt and disillusioned. Her jobs are small at first, but soon she takes on some high-profile cases that only she, someone with a cop’s instincts but outside of law enforcement, can solve. Start with Broken Places.

Cormac Reilly has just moved from Dublin to Galway to be with his girlfriend Emma, who got a fantastic new job. Although he’s a good detective with a solid record, it seems as though he’s unwelcome in Galway, where most of his new coworkers are hostile. But as Reilly works cold cases and runs up against his superiors, he discovers that his new office is quite corrupt. Start with The Ruin.

Aaron Falk is an investigator in Australia, specializing in financial crimes, who seems to be drawn into murder at every turn. There are two books in his series currently–you’ll want to start with The Dry, which sees Falk heading home for the first time in decades to confront a long-kept secret in the wake of his best friend’s family’s murder. Follow it up for Force of Nature.

Isaiah Quintabe, aka IQ is a PI who the people of his neighborhood go to when law enforcement fails them. He may be a high school dropout, but he’s smart and he takes on the cases no one else wants, and a few better paying ones besides. Start with IQ, the first in the series.

Alice Vega is a PI has a knack for finding people. She’s called when two young girls go missing in Two Girls Down. In order to get to the bottom of the case, she calls in the help of Max Caplan, a disgraced former police officer. In The Janes, two unidentified women are discovered and this time, law enforcement asks Alice for her help.

Starring Darren Matthews, a law school dropout and Black Texas Ranger, Locke’s series looks at the racism, crime, and dark side of living in East Texas, but also the beauty of the place. Start with Bluebird, Bluebird, and follow it up with Heaven, My Home.

The Craftsman Trilogy by Sharon Bolton

Only the first book in this series is out yet, and you’ll have to wait a bit for the next two, but they’re worth getting on your radar! The Craftsman is about Florence Lovelady, who was just a young cop in 1969 when a young girl went missing. The killer was caught, and in 1999 he’s finally died. Florence attends his funeral…but when she finds evidence that the killer might still be active, she’ll have to re-examine everything about the case.

In The Dark Lake, Gemma Woodstock is a detective living in a small town when a high school classmate of hers is found murdered, forcing her to take a deeper look into the community secrets that have been hidden for so long. In the sequel, Into the Night, Gemma moves to Melbourne, hoping for a fresh start but finding more death and mystery instead.

If you’re looking for even more of the best detective books, sign up for TBR: Tailored Book Recommendations! TBR is a personalized book recommendation service that send you books you’ll love to read. Here’s how it works: Simply fill out the reader survey and let us know what you want more of–such as new detective books for adults–and what you’re not keen on. Then, an expert Biblioligist will read your responses and recommend three books just for you. Receive your recommendation letter via email in about two weeks, or opt to receive your recommendations as brand new hardcovers from our partner, Print: A Bookstore in Portland, ME in about three to four weeks. Learn more and sign up now!