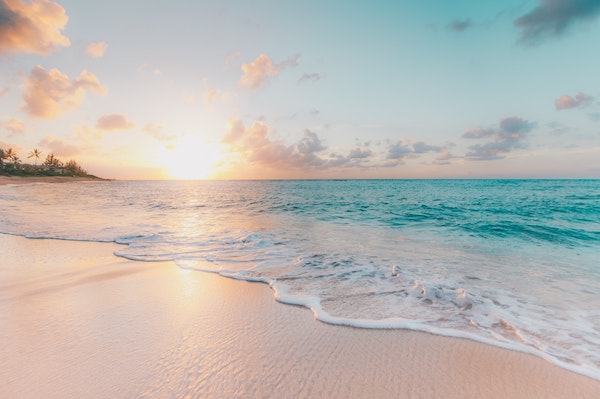 Whether you love reading beach-side, poolside, or somewhere inside with the AC blasting, nothing beats spending a lazy summer afternoon with a compulsively readable book! And if you’re in the market for the best books to read this summer, look no further than our list of the best beach reads for 2020! No matter what your taste might be (frothy romance, unputdownable thriller, fun fantasy, or even funny horror), we’ve got a summer read recommendation for you!

Tina Das is at a crossroads in her life when she decides to return from New York City to Delhi to attend her cousin’s wedding–the event of the year. But coming home also means contending with her divorced parents’ new love interests, her best friend’s romantic misadventures, and a former flame–but when she receives an unexpected offer, Tina has to decide which direction she wants her life to take.

January is a successful romance novelist who no longer believes in love. Gus is her college rival, a literary novelist who’s experiencing sever writer’s block. When they find themselves neighbors for a summer on the shores of Lake Michigan, they decide to challenge each other to swap genres–and then try not to fall in love.

Kerry is devastated when the owner of Strong Knits dies because she not only loses a part-time job, but a mentor. But when the owner’s son Jesse decides to step up and try to revitalize the shop and asks for Kerry’s help, Kerry is only cautiously optimistic–Jesse has a playboy reputation, and she doesn’t want to get hurt. But as they bond over what the shop means to the community, Kerry wonders if Jesse is ready to be serious about business, and love.

Set in 1990’s Charleston, Patricia is an overwhelmed housewife who belongs to a very unusual book club, where they read true crime books and gruesome horror. When a stranger moves into their close-knit neighborhood and weird things begin happening, and then children go missing, Patricia suspects something sinister is going on–but no one will believe her.

Linus is a caseworker at the Department in Charge of Magical Youth, and he takes his job very seriously. But when he’s sent on special assignment to observe a top-secret orphanage with some especially unique kids, he finds that his entire worldview is challenged by their caretaker, Arthur. As he gets to know the kids and Arthur, he has to make a decision between doing his job and doing what’s right.

500 Miles From You by Jenny Colgan

Lissa is a London nurse who needs a change of pace after a traumatic experience treating a patient. Cormack lives in rural Scotland and he’s never spent any time in a city as big as London. When they swap places for a few months, they strike up a digital friendship to help each other cope–but will that relationship hold when they finally meet IRL?

Something to Talk About by Meryl Wilsner

Jo is a formidable Hollywood show runner, and Emma is her assistant. When the two are photographed whispering to one another on the red carpet, the paparazzi assumes they must be secretly dating. Jo and Emma try to play down the rumors and go back to normal, but with everyone talking about them, they can’t help but wonder if maybe there could be some truth to what everyone is saying.

A Sweet Mess by Jayci Lee

Aubrey doesn’t have time to date, not while she’s busy seeing her bakery expand in exciting new directions. But then she has a very fun one night stand with Landon, who turns out to be food critic whose review of her business nearly ruins her. He offers Aubrey a spot on a reality TV show he’s judging to try and make it up to her, and Aubrey agrees in order to prove he’s wrong about her–but she’s determined not to let him get close again.

For a multi-POV thriller, pick up this book about a destination wedding on a remote Irish island that goes terribly wrong when someone turns up dead at the reception. This book gets in the heads of the bride, the best man, the maid of honor, the plus one, and the wedding planner to tell a thrilling mystery.

Party of Two by Jasmine Guillory

When Olivia moves to LA to start her own law firm, she doesn’t expect to date. But then she flirts with a very cute guy, one thing leads to another, and she discovers her new flame is  junior Senator Max Powell! Olivia doesn’t want the pressure of dating a politician, so she and Max begin seeing each other in secret–but with an attraction this explosive, their relationship can’t stay under wraps for very long.

The Boyfriend Project by Farrah Rochon

In this tech-savvy romance, Samiah has just gone viral after it was revealed her boyfriend is a catfishing jerk–with two other women he’d been stringing along. Samiah and the women team up for support and decide to focus on themselves for a while. For Samiah, that means finally developing her dream app. But her plan to focus on herself falters when she meets Daniel Collins through work, and she falls hard and fast.

Daphne hasn’t spoken to her ex-best friend Drue for six years, which is why she’s shocked when Drue asks her to be the maid of honor at her wedding. But Daphne isn’t the same person she was six years ago, and even though Drue is able to convince her to accept, their relationship is anything but stable as Drue’s society wedding unfolds.

Sex and Vanity by Kevin Kwan

From the author of Crazy Rich Asians, this book is about Lucie Churchill, a biracial Asian American woman who can’t stand George Zao from the moment she meets him–nor can she deny her attraction to him. From a summer fling to his appearance in her life years later while she’s engaged to another man, Lucie tries to resist falling for him, and along the way denies an essential aspect of her identity.

All Adults Here by Emma Straub

Astrid is a mother and grandmother who always thought she did a great job parenting her three now-adult children, but when she witnesses an accident and it gives her a new perspective on her parenting, she’s forced to reconsider everything she thought about herself as a mother, and face the mistakes of the past.

The Last Train to Key West by Chanel Cleeton

Set in 1935 against the backdrop of an infamous hurricane, three women find their lives completely changed. Helen is a native Key West resident who longs to escape. Mirta is a new bride to a man she barely knows, and doesn’t trust, on her honeymoon. And Elizabeth is looking to save her family from financial crisis. Their stories all intersect as the storm brews.

The Jetsetters by Amanda Eyre Ward

When seventy-year-old Charlotte submits an essay to a contest giving away a free vacation to a lucky family, she has ulterior motives. She wants to reunite her estranged children, but when she actually wins a trip throughout Europe and convinces her adult children to come along, it’s not all sunshine and happiness.

He Started It by Samantha Downing

Beth, Portia, and Eddie Morgan are three siblings who haven’t reunited in years, but now are recreating a road trip they once took as kids with their grandfather as his last wish, with their respective partners in tow. But they’ve got some secrets, a body in the trunk, and a myserteous car tailing them, so this road trip is far from average.

10 Things I Hate About Pinky by Sandhya Menon

Pinky always has a cause she believes in, even if her corporate lawyer mom thinks they’re frivolous. Samir is excited to finally get away from home and intern at a prestigious law firm. When an accident leaves Pinky in need of a parent-approved boyfriend and Samir’s internship falls through, these frenemies agree to a fake dating scheme that quickly turns into an unexpected summer romance.

Anna arrives in the Hamptons for a summer nannying gig and discovers the community is abuzz about the recent disappearance of Zoe Spanos–whom Anna bears a startling resemblance to. Months later, Zoe’s body is found and Anna is arrested. But that’s just the beginning of the mystery.

Luc’s dad is a famous rockstar he barely knows, and as a result he’s been tangentially famous his entire life. With his dad undergoing a new career transformation, Luc is back in the spotlight once again, and he needs someone who makes him look good and stable–enter Oliver. They don’t have anything in common, but they agree to put on a show of dating until the dust settles for Luc…unless they find that they are more suited to each other than they previously thought.

Looking for more great reads to enjoy this summer and beyond? Check out our list of the best funny book club books, and where to find the best romance book subscription services! Want more great recommendations in general? Sign up for TBR: Tailored Book Recommendations! TBR is a personalized book recommendation service that send you books you’ll love to read. Here’s how it works: Simply fill out the reader survey and let us know what you want more of–such as new beach reads–and what you’re not keen on. Then, an expert Biblioligist will read your responses and recommend three books just for you. Receive your recommendation letter via email in about two weeks, or opt to receive your recommendations as brand new hardcovers from our partner, Print: A Bookstore in Portland, ME in about three to four weeks. Learn more and sign up now!